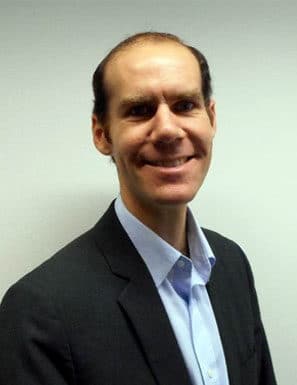 He joins EDF Renewables’ Executive Committee, taking over from Béatrice Buffon, who was promoted on February 9th as Executive Director in charge of EDF’s International Division.

After graduating in engineering from Mines ParisTech engineering school, Cédric Le Bousse began his career at EDF Renewables (formerly EDF Energies Nouvelles) in 2006, working in the New Business department. As project manager, he was involved in developing offshore wind projects in France and then followed up the construction of the 325 MW C-Power wind farm in Belgium and the 62 MW Teesside wind farm in the United Kingdom.

From 2009, he created and structured EDF Renewables’ new subsidiary in Israel. After being appointed Chief Technical Officer of the Polat Energy subsidiary in Turkey in 2012, he was responsible for the engineering, contracting and construction of local wind projects.

Back to France in 2014 as Deputy VP Industry for offshore and marine energy projects, he contributed to the structuring of the teams and offshore projects in France, as well as to the launch and construction of the 41.5 MW Blyth wind farm in the United Kingdom.

Since 2016, he has been managing operations in the Asia-Pacific region. He was involved in expanding EDF Renewables’ portfolio in India and China, and has worked on the creation of a joint venture with China Energy Investment Corporation (China Energy) to build and operate the Dongtai IV and V offshore wind farms, which have 500 MW in total capacity. This deal has made EDF Renewables the first foreign offshore wind developer to enter the Chinese market.

In France, EDF Renewables is currently working on major offshore wind farms, including the project under construction off the coast of Saint-Nazaire, and three others at the development stage located off the coasts of Fécamp, Courseulles-sur-Mer and Dunkerque.

All in all, EDF Renewables’ worldwide portfolio of offshore wind projects in service, under construction or under development has close to 6.5 GW in capacity. The Group is also looking to develop its activities in new innovative sectors, such as floating wind energy.