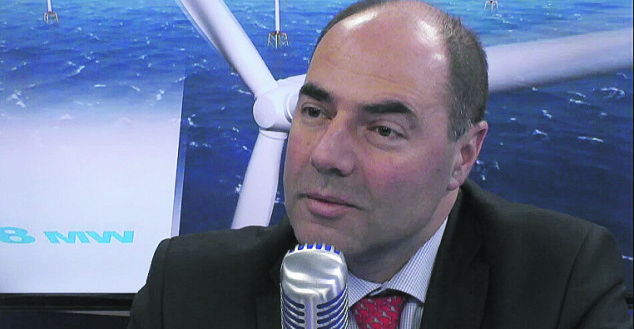 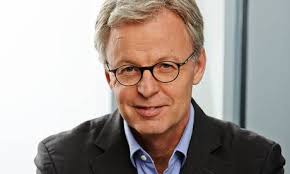 TOKYO – Tuesday Jan 16, 2018 – energiesdelamer.eu. Mitsubishi Heavy Industries (MHI) and Vestas Wind Systems (Vestas) announced the appointement of Philippe Kavafyan as Chief Executive Officer (CEO) and Lars Bondo Krogsgaard as Co-Chief Executive Officer (Co-CEO) of MHI Vestas Offshore Wind. The appointments will take effect on 1 April, 2018, and are made in accordance with the joint venture agreement’s principle of changing its leadership every four years.

Under the leadership of the  out-going CEO Jens Tommerup and Co-CEO Tetsushi Mizuno, MHI Vestas Offshore Wind has established itself as a leading player in offshore, with orders from the UK, Germany, Denmark, Belgium and the Netherlands. With the outlook for offshore wind energy looking positive through the opening of new markets and further reductions in the cost of energy, MHI Vestas Offshore is now increasing its strategic focus on expanding into new markets and further consolidating its position in core markets. Accordingly, as joint venture shareholders, MHI and Vestas sought new leaders, outside of either parent company, with extensive wind experience and knowledge from and familiarity with diverse markets. The joint venture shareholders have found strong profiles in Philippe Kavafyan and Lars Bondo Krogsgaard.

Philippe Kavafyan has more than 25 years of experience in the broader energy and technology industries and 12 years in the wind sector, including roles in business development, technical, asset and risk management in Electricite de France (EDF), General Electric (GE) and Areva. During the past six years in offshore wind energy, Philippe Kavafyan has successfully worked with offshore wind tenders in France, the first commercial projects in Germany and held the position as Chair of the Board of Adwen Offshore.

Lars Bondo Krogsgaard also has extensive wind management experience with DONG Energy (now Orsted) and Siemens Wind Power. In 2010, he joined Nordex as Chief Sales Officer and was promoted to CEO, growing the company profitably while expanding its global reach.

The appointment of a new CEO is in accordance with the terms of the original Joint Venture Agreement (JVA) between MHI and Vestas, which stipulates that after four years there shall be a change in the Joint Venture’s Board of Management and Board of Directors. The terms set out in the JVA mean that MHI now appoints the CEO and Vestas appoints the Co-CEO. Additionally, the terms now cede the leadership of the Board of Directors to Vestas.

« Both Philippe Kavafyan and Lars Bondo Krogsgaard possess deep knowledge of the industry and major markets, and MHI and Vestas strongly believe that their combined expertise and leadership within the wind industry is precisely what the joint venture requires to be successful in the future », said Anders Runevad, incoming Chair of MHI Vestas Offshore Wind’s Board.

« On behalf of the shareholders, MHI and Vestas would like to thank both Jens Tommerup and Tetsushi Mizuno for their hard work and dedication in starting up MHI Vestas Offshore Wind and introducing a new turbine that earned the market’s confidence », said outgoing Chair Michisuke Nayama. « They leave behind a company that is a strong player in the offshore wind market, with a robust brand and a solid order book ».

Mitsubishi Heavy Industries, Ltd. (MHI), headquartered in Tokyo, is one of the world’s leading industrial firms with 80,000 group employees and annual consolidated revenues of around 38 billion U.S. dollars. For more than 130 years, the company has channeled big thinking into innovative and integrated solutions that move the world forward. MHI owns a unique business portfolio covering land, sea, sky and even space. MHI delivers innovative and integrated solutions across a wide range of industries from commercial aviation and transportation to power plants and gas turbines, and from machinery and infrastructure to integrated defense and space systems.