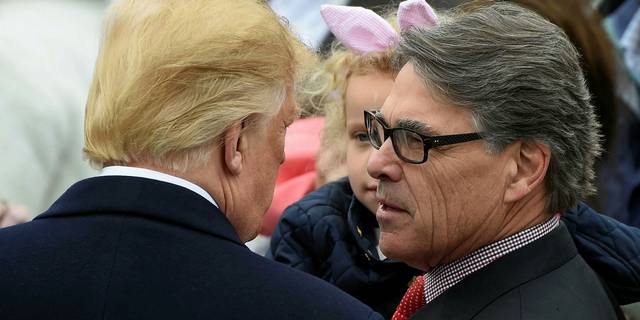 Trump said he already has a successor in mind for Perry, who resigned after three years in the role.

The US President said Perry had been in the job for “a long time” and the moment is right for a change, but media reports pointed to Rick Perry being dragged into the row over alleged pressure by Trump on the government of Ukraine.