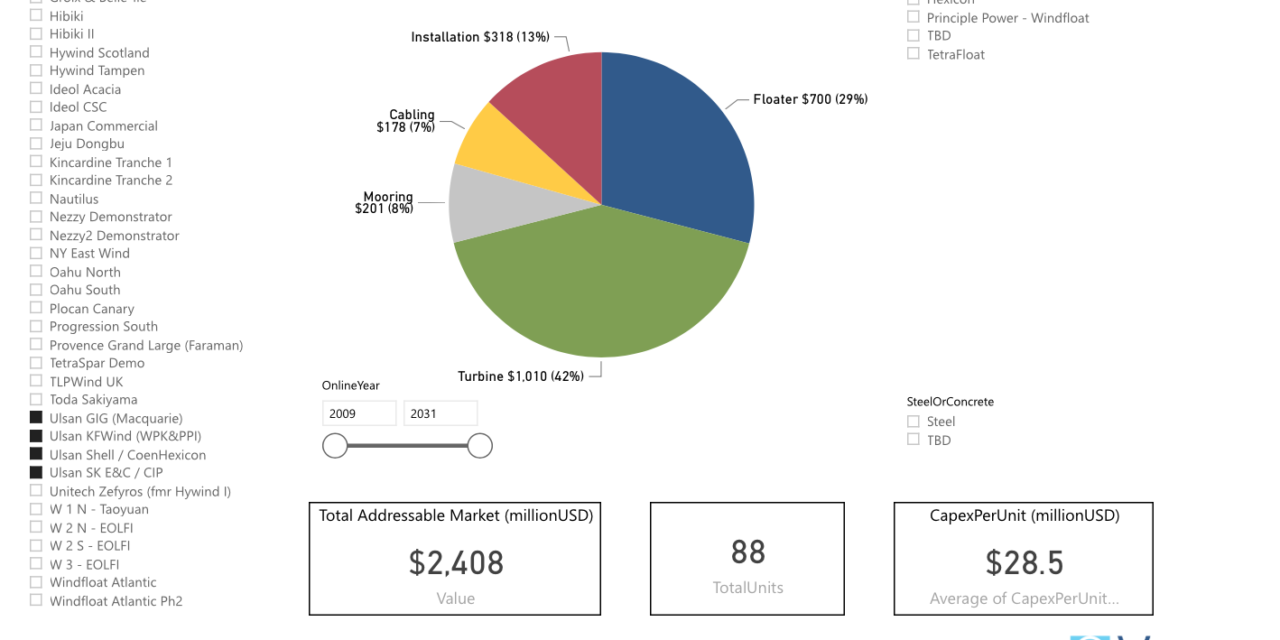 Yesterday, the consortium was formed as EDP Renewables, one of the top wind energy producers globally, and Aker Solutions, an engineering and technology company with a 40-year track record of realizing offshore projects, have invested in the development company Korea Floating Wind Power (“KFWind”), joining founding shareholder WindPower Korea. Principle Power, which had a role in originating the KFWind project portfolio, will supply its proven WindFloat® foundation technology for the project.

The new consortium is committed to support the ambitious renewable energy plans of the South Korean Government, which call for 13 GW of offshore wind to be installed by 2030 and set a target of at least 30% renewable energy by 2040. KFWind signed a Memorandum of Understanding with the City of Ulsan in January 2019 to cooperate on the development of floating wind projects and support the industrial development of the Ulsan region to serve as a manufacturing hub for domestic and export offshore wind markets.

The Ulsan area is well-suited for commercializing floating wind, due to the combination of industry-leading shipyards, maritime expertise and port facilities in the region. The consortium foresees that a potential project will contribute with significant positive economic and environmental benefits to the local community. The wind farm will use the cutting-edge WindFloat® technology, which enables the installation of floating platforms in deep waters that were previously inaccessible, and where the best wind resources in Korea can be harnessed. The consortium has been committed from the beginning to working hand-in-hand with the local fisheries associations and stakeholders to ensure that projects are well-sited and developed responsibly.

EDPR and AKSO solutions aquired a significant stake in KFWind from WindPower Korea, a project developer which remains a minority shareholder, and from Principle Power, a global leader in floating wind technology, which will exit the shareholding to focus on growing its core technology and services business in the Korean market. Green Giraffe, specialist advisory firm focused on the renewable energy sector, advised KFWind. The parties agreed to not disclose the value of the transactions.

The consortium has the backing of established industry leaders in renewable energy production and offshore project development, combined with the local market and industry expertise provided by WindPower Korea.

EDP Renewables, majority owned by the Portuguese energy company EDP, is one of the top wind energy producers with operations in 14 countries. The windfarm will be included with the joint venture announced between EDP Renewables and Engie, that will aim to become one of the five largest offshore wind energy operators globally, created to harness offshore wind energy opportunities around the world.  The EDPR/Engie JV currently has 1.5 GW of capacity under construction and a further 4.0 GW in the pipeline globally.

The firm has a solid commitment to the Windplus consortium, which is set to deploy the three largest offshore wind turbines on a floating platform to date at the 25MW WindFloat Atlantic project currently under construction in Portugal. Therefore, EDPR has a unique expertise in floating offshore energy generation.

Aker Solutions is part-owned by Aker ASA, an industrial investment company with ownership in several energy and maritime companies. Aker Solutions provides offshore technology and engineering solutions globally, and has delivered more than 60 percent of the world`s semi-submersible floating structures.

Last year saw increased interest in South Korea offshore wind fired by the Government’s Renewable Energy 3020 (20% renewable by 2030) Implementation Plan. New MOUs and/or JVs were announced almost weekly and some parties expressed unsolicited interest in developing floating wind projects, notably Macquarie’s Green Investment Group with partner Gyeongbuk FOWP and also South Korea Engineering & Construction (SK E&C), each for a 1.2GW park. The Ministry of Transport (MOTIE) then announced there would only be one floating park of 1GW, the current maximum spare capacity of the grid, as part of the country’s short-term 4GW renewables goal.