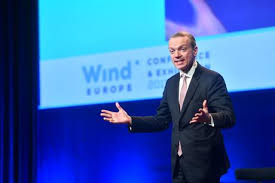 Europe – Vendredi 14/06/2019 – Une valse en 6 temps N°6 –  Flash – energiesdelamer.eu. Dunkirk auction result boosts the case for ambitious offshore wind volumes in France. WindEurope announced “The news came shortly after the results of the latest onshore wind tender in France, helping to revive the prospects for wind energy in France more broadly. The bids for the tender – which was fully subscribed – came in at a competitive average price of €63/MWh”.

WindEurope CEO Giles Dickson said: “Things are starting to look more positive for wind energy in France again with the results from the Dunkirk offshore auction and the latest onshore tender. The Dunkirk results are excellent news for offshore wind in France and are further proof that offshore wind is a competitive and mature energy source.

“And it’s good the French Government have now said on the back of the Dunkirk result that they’re going to increase the volumes of new offshore wind in their energy plan – to 1 GW a year. They should specify how much of this will be fixed-bottom and how much will be floating offshore wind. France were the only country in Europe to include a figure for floating wind in their draft National Energy Plan for 2030. They can increase that now and stake out their claim for industrial leadership in Europe on floating. Or maybe other countries will want a share of the jobs?”