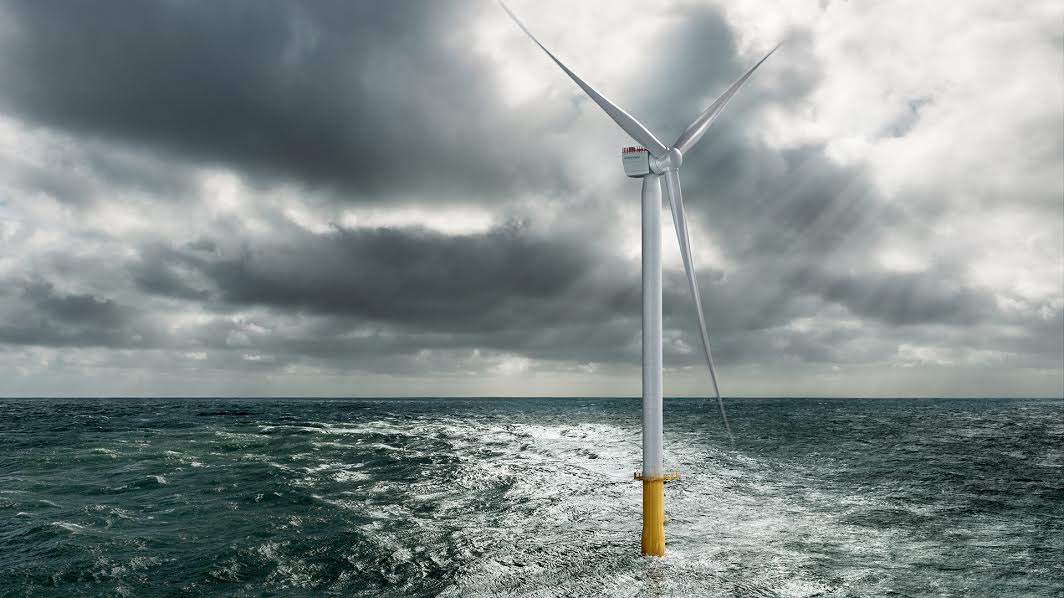 Pays-Bas – Lundi 15/04/2019 – energiesdelamer.eu. Flash. Vattenfall and Siemens Gamesa are joining forces to deploy the newest available offshore wind power turbine (10 MW) in the North Sea. The plan is to install 76 of these powerful turbines in the Hollandse Kust Zuid 1&2 wind farm off the Dutch coast. If Vattenfall is awarded the tender to build Hollandse Kust Zuid 3&4, the turbines may be installed also there. The project involves 152 wind turbines in total.

“This is a very important development for us, » says Gunnar Groebler, Vice President and Head of Business Area Wind at Vattenfall. “We are proud to have teamed up with Siemens Gamesa, the company has been a strong and reliable partner in other projects and we are happy to extend our collaboration to Hollandse Kust Zuid.”

The turbines, being the latest generation on the market, will increase the efficiency by 30%, signifying tremendous progress in the development of the offshore wind industry. The turbine is fitted with 94-metre-long blades – almost the same length as a football field – that are capable of generating more capacity per rotor lap than the older, smaller turbines. With a capacity of 10 MW, the new turbines will enable this wind farm to generate enough electricity to supply 1-1.5 million households each year.

Gunnar Groebler states: « Due to the increased capacity, we require fewer turbines to be placed at Hollandse Kust Zuid which clearly reduces the environmental impact of thiswind farm compared to earlier ones. Larger turbines and greater availability also lead to major advantages in terms of electricity generation, which is particularly important in a subsidy free environment. Having fewer turbines to install also means lower costs and fewer risks during the installation process ».

In September 2018, Vattenfall received an irrevocable licence to build Hollandse Kust Zuid 1&2, the first non-subsidised wind farm in the Netherlands. The initial preparations for this wind farm are now under way and various studies have started at the North Sea wind farm site. The wind farm is scheduled for completion in 2023.