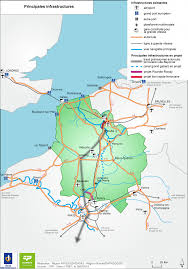 France – Dunkerque – 27/02/2019 – Flash – energiesdelamer.eu. In the framework of the competitive bidding process for offshore wind turbines off the coast of Dunkerque, ENGIE and EDPR announce the addition of E.ON to the Dunkerque Eoliennes en Mer consortium. With the arrival of E.ON, the consortium now brings together 3 European champions of renewable energies, enriching the industrial excellence of its offer.

Together, ENGIE, EDPR and E.ON want to make the project a strong symbol of Dunkerque’s energy transition, developed with all the region’s players. The consortium has been forging close ties with all local stakeholders for almost two years to make this project a real example of integration and support of energy transition at the regional level.

ENGIE, EDPR and E.ON place energy transition at the heart of their strategies: between them, they operate more than 49,000 MW of renewable electricity generation capacity worldwide. With 20 years’ combined experience in offshore wind, the members of the Dunkerque Eoliennes en Mer consortium are committed to the operation or development of 19 offshore wind projects with a capacity of more than 5,600 MW.

“E.ON is pleased to bring the Dunkerque Eoliennes en Mer consortium nearly 20 years of experience in offshore wind in 4 European countries. Our international experience in this field is an asset for this major project,” said Sven Utermöhlen, Chief Operationg Officer E.ON Climate and Renewables.

“We are looking forward to welcoming E.ON to Dunkerque Eoliennes en Mer. We are working closely with all local players, with whom ENGIE has maintained trusting relationships over several decades,” said Gwénaëlle Huet, CEO of ENGIE France Renewables.