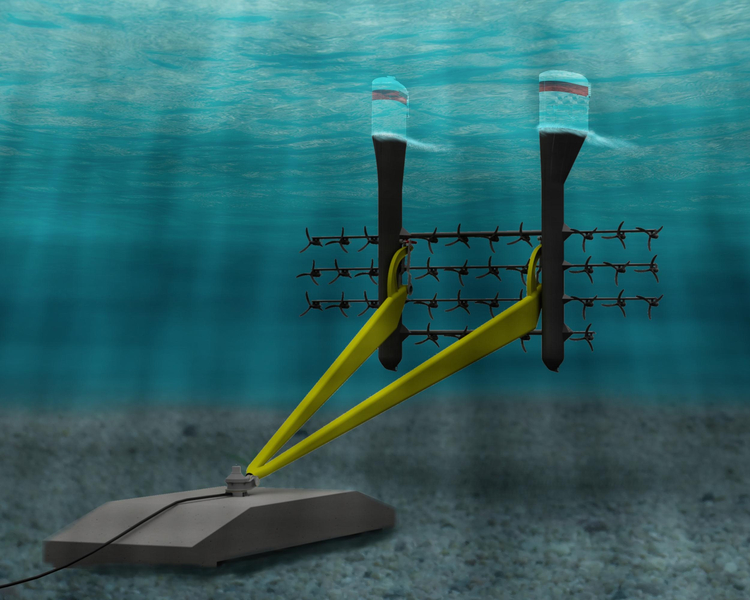 SCHOTTEL HYDRO and its wholly owned subsidiaries TidalStream Ltd. (TSL) and Black Rock Tidal Power (BRTP) have revised their business strategy. The group of companies will continue to provide SCHOTTEL HYDRO turbine technology and power take-off systems to tidal energy projects in Canada and globally. Following a comprehensive review,  BRTP will initially plan to use smaller floating platforms, such as Sustainable Marine Energy Ltd.`s (SME) PLAT-I platform, for its FORCE project in the Bay of Fundy. “SCHOTTEL HYDRO and its subsidiaries remain convinced about the positive future of the tidal energy sector in Nova Scotia, and around the world. We remain committed to tidal energy power generation and firmly believe in its viability. We will initially focus on modular, scalable floating platforms. SCHOTTEL HYDRO will also continue to provide services as a tidal turbine and power take-off systems expert,” says Niels A. Lange, Managing Director of SCHOTTEL HYDRO, the tidal power division of the SCHOTTEL Group.

BRTP’s commitment to the FORCE project in the Bay of Fundy, Canada’s leading test center for in-stream tidal energy technology, has been significant. To date, the company has invested several millions in this project and employs a team in BRTP’s Bedford office.

It is estimated that as much as 2000 MW of electricity can be harvested from the Minas Passage alone. BRTP had been exploring the use of its innovative technology, the TRITON, that can generate up to 2.5 MW through the use of many smaller turbines instead of one large turbine, as is traditionally used. “This is an important technology and the work that has been done on it will be preserved and will be of considerable value in future projects,” says Nils Hirsch, President, Black Rock Tidal Power.

“We want to thank our investors, suppliers, and especially the government of Nova Scotia for their vision and support as we forge a new path forward , » says Hirsch.

SCHOTTEL HYDRO, TidalStream and Black Rock Tidal Power together with their partners are working on creating and growing a sustainable tidal energy sector.  “We are particularly excited by opportunities in Nova Scotia and Southeast Asia and see a strong development opportunity there working with other platform partners. We hope in time to bring lessons learned from there into other countries. Starting with scalable platforms will allow for an organic growth and the first successful steps in this direction have already been taken with SME’s PLAT-I demonstration project in Scotland,” says Lange.