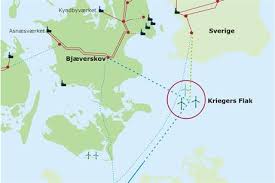 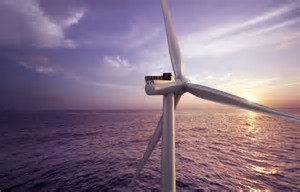 Specifically, the company has signed today an agreement with Vattenfall for the supply 72 SG 8.0-167 DD turbines at the Danish Kriegers Flak offshore wind project –with a total capacity of 600 MW. This will be the largest offshore wind power plant in the Baltic Sea.

The ceremony of the signature of this agreement has taken place today at WindEurope international trade fair, with the presence of Markus Tacke, CEO of SGRE, and Andreas Nauen, Offshore CEO of SGRE. From Vattenfall, Gunnar Groebler, Senior Vice President of Business Area Wind, and Michael Simmelsgaard, Head of Offshore Wind, have attended.

The installation of the turbines is scheduled for February 2021 and the commissioning for the end of that same year.

In addition, Siemens Gamesa has also been selected as preferred supplier by Vattenfall for the supply of the turbines, for both Vesterhav North (180 MW) and Vesterhav South (170 MW) located nearshore at the west-coast of Denmark in the North Sea with a combined capacity of approximately 350 MW. Both together will feature 41 SG 8.0-167 DD turbines. Installation of the turbines will start in 2020 and the commissioning for the end of that same year.

The energy production of one Siemens Gamesa 8-MW machine is sufficient to supply about 8,000 European households with electricity. The power supplied of these 950-MW projects will be sufficient to cover the annual electricity consumption of close to one million households.

Siemens Gamesa and Vattenfall have collaborated on several wind power plants including 288 MW DanTysk and 288 MW Sandbank offshore projects in the German North Sea and 110 MW Lillgrund offshore project in the Swedish part of Øresund.