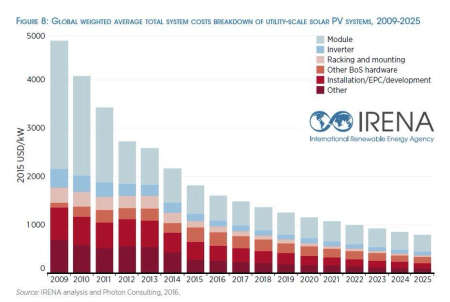 Germany – Wednesday 20/09/2017 – energiesdelamer.eu – Pierre Lestienne is Managing Director (CFO) of the Nordsee One project since August 2013. 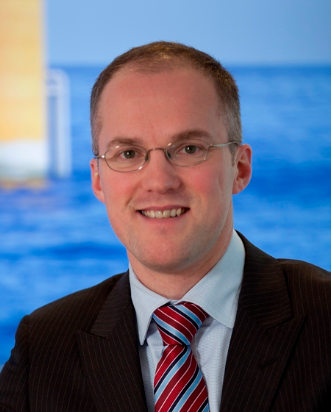 Nordsee One GmbH is a company set up to develop the 332 MW Norsdee One offshore wind farm (54 x Senvion 6M turbines) around 45 km from the coast in the German North Sea. Nordsee One GmbH is currently owned by Northland Power Inc. (NPI) and Innogy SE and is managed two Managing Directors; Pierre being responsible of the commercial, financing and procurement aspects of the wind farm development. Project construction is under finalization.

energiesdelamer.eu (EDM) What is the outcome of the German auction?

Pierre Lestienne (PL) The German regulator organized in April 2017 the first offshore wind tender with a volume of 1,550 MW with the maximum bid set at €120 /MWh for the projects starting after 2020.

According to the Bundesnetzagentur, the outcome of this first tender was far below expectations and two utilities won with a bid price of €0 /MWh for projects to be commissioned after 2024, meaning no support mechanism is asked for these two wind farms.

EDM – This zero bid is a good news?

PL – This zero bid is surely a good news for the end-consumers who at the end pay for the bill.  Offshore wind is becoming a very competitive technology which will continue to support the renewable energy market to continuously grow towards the ambitious Paris COP21 targets.

It’s a revolution for the renewable energy market, offshore wind is now expected to be cheaper than other conventional power. The Hinkley Point C nuclear project for instance could get a strike price from the British authorities of about £92.50/MWh for 35 years and fully indexed as from 2012 to inflation through the Consumer Price Index. I let you draw the conclusion.

EDM – How is the European industry going to react?

PL – The winning projects at the zero bid are to be commissioned in 2024 / 2025 which gives them the opportunity to capture all expected innovations and cost reductions anticipated in the coming 5 years. They will take advantage of larger turbines (12-15 MW) and availability of larger vessels to work faster. Nevertheless, it seems the supply chain is not ready yet to substantially cut their prices.

The supply chain will have to (1) be innovative to reduce the costs of fabrication / installation (2) optimize the design to reduce O&M costs (by using normalized components, optimizing access, …) (3) compress their margins and (4) develop a more aggressive procurement (by looking probably for components manufactured in countries where labor costs are cheaper). This goes without saying that maintaining high quality standard with these constraints will not be an easy challenge. Looking to the offshore conditions, quality is one of the key-success factor. To date, lenders and investors mostly relied on European technology.

EDM – How do you see this development from a financing prospective?

PL – A feed-in tariff is generally appreciated (1) to secure cash flows and give acceptable returns to project sponsors and (2) to take out from the project the risk of a fluctuating electricity market (merchant risk). The winners with a zero bid in this German auction will then build the wind farm without any subsidy and taking the full risk of the future electricity market which is in these days below all expectations.

The zero bid directly hits developers which are used to finance their project with a high debt leverage via Project Financing. To raise debt at the project level, project needs to have “secured” cash flows which is difficult without a feed-in tariff.  None of the lenders I questioned would take this market risk, especially as the market is unpredictable. Market price is currently quasi 2 times lower than 10 years ago which could never have been predicted in 2007.

Maybe some hybrid solutions could be developed, with some mezzanine facilities or recourse to the sponsors in case the market would go below a price to be agreed with the senior lenders. An alternative for project developers is to sign a power purchase agreement (PPA) with utility or large consumer which would secure either a fixed price or a floor price with some upside-sharing mechanisms to be negotiated. This is definitely an interesting option, but (1) the market is quite low for the moment to negotiate decent future prices and (2) the counterparty creditworthiness becomes quite crucial for the lenders which would limit the number of PPA candidates.

We’ll see how the market evolves but in the short term it seems that only large utilities financing projects on their balance sheet, at the corporate level can take the long term risk of the energy price in their business case for reaching FID.

EDM – What about the other countries?

PL – Based on these facts, some countries are thinking to change their rules to reduce the cost of energy. Belgian politicians announced some months ago to study the possibility to retender the 3 concessions not built so far. As Belgium has quite some players and know-how in the offshore wind, I’m not sure they will go in that direction but I expect intensive debates to agree on a new reduced feed-in tariff.

In France, the previous governments were generous with the first auctions in order to develop a real supply chain and expertise in France. Considering that the two French turbine suppliers (Alstom and Areva) are not French anymore, the government will probably seek that the new owners (being respectively GE and Siemens) maintain the early commitment of building up factories in France which seems to be the case. Likewise Hinkley Point C, the French government may decide to maintain the high PPA in order to still develop some local supply chain and expertise.