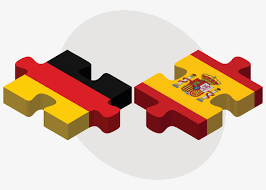 • Siemens and Gamesa have signed binding agreements to merge Siemens’ wind business with Gamesa
• Businesses are highly complementary with regard to markets, products and technology and will create great value to customers and shareholders
• Siemens to hold a 59 percent stake and consolidate the merged company and existing Gamesa shareholders to hold 41 percent
• Gamesa shareholders to receive a cash payment of €3.75 per share funded by Siemens
• Annual EBIT synergies of around €230 million expected
• The combined company will have its legal domicile and global headquarters in Spain and will remain listed in Spain; headquarters for the onshore division will be in Spain and for the offshore division will be in Germany and Denmark
• Merged company will maintain its strong presence in current markets
Siemens and Gamesa have signed binding agreements to merge Siemens’ wind power business, including wind services, with Gamesa to create a leading global wind power player. Siemens will receive newly issued shares of the combined company and will hold 59 percent of the share capital while Gamesa’s existing shareholders will hold 41 percent. As part of the merger, Siemens will fund a cash payment of €3.75 per share, which will be distributed to Gamesa’s shareholders (excluding Siemens) immediately following the completion of the merger (net of any ordinary dividends paid until completion of the merger). The cash payment represents 26 percent of Gamesa’s unaffected share price at market close on January 28, 2016.