EDF and Enbridge are greatly relived

The Conseil d’Etat approves the Saint-Nazaire offshore wind farm operating permit EDF Renewables, a subsidiary of the EDF Group, and Enbridge, a North American energy infrastructure company, are delighted with today’s ruling. It brings to a close the appeal against the Saint-Nazaire offshore wind farm project’s operating permit.

This ruling is a further endorsement of the robustness of the project led by the Eolien Maritime France company (EMF) jointly controlled by EDF Renewables and Enbridge. All the administrative permits required for the construction and operational phases of the project are now secured.

EMF has won the competitive bidding for the three offshore wind farm projects at Courseulles-sur-Mer, Fécamp and Saint-Nazaire in 2012 when the French government launched its first call for tenders in the sector. The future 480 MW offshore wind farm will generate the equivalent of 20% of Loire-Atlantique department demand for electricity. It will make a significant contribution towards the French government’s objective of generating 32% of the electricity it consumes from renewable sources by 2030.

The project was developed with highly extensive environmental studies and wide-ranging consultation over more than 10 years by EDF Renewables and its partners in the area - local authorities, the region’s population, sea users and chiefly fishing professionals, environmental organisations, and local economic and social development agencies.

The Conseil d’Etat ruling will enable EDF Renewables and Enbridge to make progress with the project financing process before the investment is given its final go-ahead.

Bruno Bensasson, EDF Group’s Senior Executive Vice President, Renewable Energies and Chairman & CEO of EDF Renewables, commented: “The Conseil d’Etat’s decision is a ringing endorsement of the robust groundwork undertake by EDF Renewables’ and Enbridge’s teams which have been working for 10 years with professionalism, openness and dedication on bringing the Saint-Nazaire offshore wind project through to fruition. I also wish to salute the backing for the project we received from the local parties. It allowed us to be ready to open the way for marine renewable energies to take shape in France. It will deliver a boost to the local economy. This landmark project fits perfectly with the EDF Group’s Cap 2030 strategy of doubling its worldwide renewable energy capacity in operation by 2030. We hope that it will be the first step towards an accelerated growth trajectory for offshore wind energy in France in the framework of the PPE [multiannual energy program]." 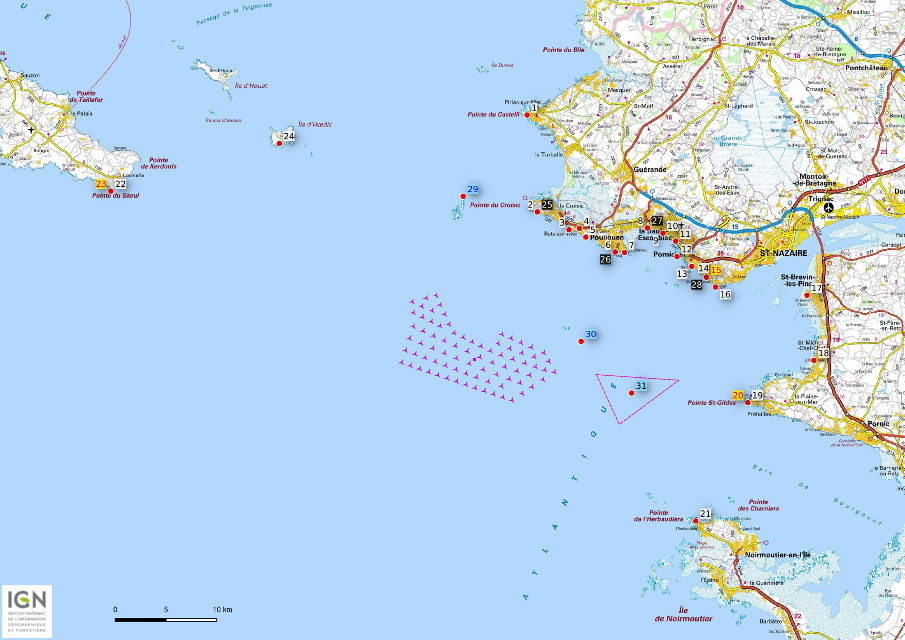 The project’s wind turbines will be located between 12 and 20 km off the coast.

During the project’s construction phase, more than 1,000 jobs will be mobilized in the Pays de la Loire region. During the operational phase, wind farm operations & maintenance activities based at the port of La Turballe will generate approximately one hundred sustainable local jobs.