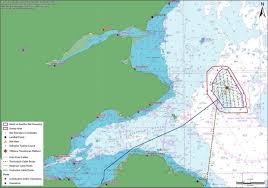 The wind farm will generate up to 450 megawatts (MW) of renewable energy, which is equivalent to the annual electricity provision of around *375,000 homes.

It is a fully consented offshore wind project which is located in the Firth of Forth off the east coast of Scotland. It covers 105km, and has a 15 year Contract for Difference at 140 Euros (corresponding to the indexation of the tariff of £114.39 that was set in 2012 prices), and grid connection agreements in place. This project also benefits from a wind regime among the best in the world.

The total investment required to deliver the project is around £1.8 billion. The commissioning of the wind farm is planned for 2023. In line with the group’s usual practice, the project will be open to other investors in due course.

Bruno Bensasson, EDF Group Senior Executive President responsible for Renewable Energies and Chief Executive Officer of EDF Energies Nouvelles’ Group said, “This large-scale new offshore project demonstrates our strong ambition in being a leading global player in the offshore wind industry. It confirms EDF Group’s wider commitment to renewables in countries where EDF already has a strong footprint such as the United Kingdom. The project is consistent with the CAP 2030 strategy that aims at doubling EDF’s renewable energy generation by 2030”.

Simone Rossi, CEO of EDF Energy said, “This is evidence of our continuing investment and growth in Scotland, where we are the largest generator of low carbon energy. Our operations contribute £389m to the Scottish economy every year and we employ more than 2,800 staff and contractors. We supply 144,000 customers in Scotland.”

Mainstream Renewable Power’s Chief Executive Officer, Andy Kinsella said, “We are very pleased to be bringing in such an established partner and supporter of the Scottish energy industry in EDF Renewables to this vital infrastructure project for Scotland.

Mainstream Renewable Power today announced it is in exclusive discussions with a consortium led by power company InterGen, whose European headquarters are in Edinburgh, to take its 450 megawatts offshore wind farm to financial close and into construction. The consortium also includes Siemens Project Ventures, The Marguerite Fund and Infrared Capital.

*Based upon the average domestic electricity consumption per home of 3,889 kWh per the Energy Consumption in the UK (published July 2017) and Renewable-UK offshore wind average load factor at 37.2%.